Graham spent the full 24hrs of the race working with Steve Rouse the teams race engineer, the pair of them moniotoring all aspects of the car and planning the race strategy.

Most of the Race this year was in very wet conditions, making tyre strategy key, and fuel calculations had to be constantly recalculated with the wet race throwing all of the usages figures out of the window. The change to refueling at the pit garage rather than a fuel station made life much easier and less stressfull.

After a challenging 24hrs the Car driven by Micheal and Sean Mcinerney and Phil Keen would come home in 19th, someway short of the Podium that had been hoped for, but a good result after an early transmission failure that required a gearbox change loosing the team 47 laps. 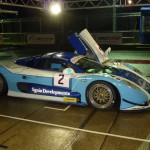 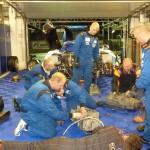 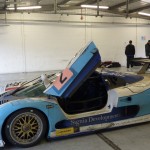 The car Resting after the race

This entry was posted in General. Bookmark the permalink.